A YPA Gala full of Magic

Books and photography have a long-lasting love story. While maybe the empire of the written world, books have always welcomed images as their most supportive partner. It is not a coincidence : Writing started with images and so, even more than Greek or Latin, it is  at the very  core of any written text. So how befitting that an event honoring two of the most important figures in photography today would be held in a Library. And not any library.

The Pierpont Morgan library, in the heart of Manhattan, is a book lover paradise. From first editions to hand written music sheets, from the first tablets of Mesopotamia to exquisitely illustrated texts of the middle ages, it is a place which you don’t ever want to leave. The overall decor, a mix of roman empire, english aristocracy and french royalty creates an overall atmosphere of surreal luxury half way between Kubrick’s 2001 ending scenes and a visit to the Louvre.

In this setting is where YPA, the Young Photographers alliance held their annual gala, rasing funds for its incredible work. Jerry Tavin, Deborah Free, Lindsey Nicholson and Bob Hendrix, the incredibly dedicated team behind YPA, did a magnificent job at making this an incredibly succesful event. In front of a pack house- hundreds of people showed up on Wednesday night- two people were honored, Eugene Mopsik, of ASMP fame and David LaChappelle, photographer of multiple talents. While there is no need to go over LaChapelle contribution to photography, it is important to emphasize Eugene incredible work to protect and advance the role of professional photographers. As Executive director of ASMP, Eugene has been at the forefront of all the battles faced by photographers as well as a strong advocate for change and adaptation were he saw those necessary. ASMP is loosing a great leader but the photography world is not loosing Eugene. He will remain actively involved, as part of numerous organisations, like Plus and YPA. Last night, he accepted a Lifetime Achievement Award which is quite ironic when you know it’s only the beginning for him. 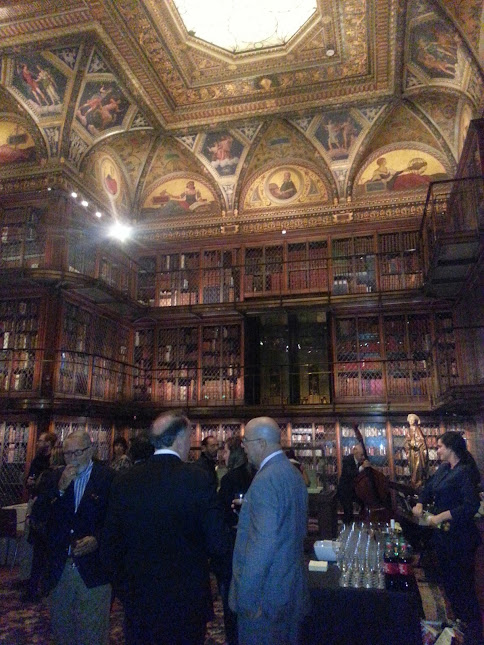 YPA Alumni and grant recipients were also present, in the flesh and with a showcase of their images. Like debutantes, young, wide-eyed in front of a crowd of industry heavyweights, they mingled with assurance trying to make as many valuable contact as their mobile could handle.After all, this event is partly for that purpose. A few hours went by in what seems as seconds and like Cinderellas, we all had to leave to reconnect with our individual pumpkins. But for some who attended, life will never be quite exactly the same.

3 Thoughts on “A YPA Gala full of Magic”

Be the center of the visual web

This website uses cookies to improve your experience while you navigate through the website. Out of these, the cookies that are categorized as necessary are stored on your browser as they are essential for the working of basic functionalities of the website. We also use third-party cookies that help us analyze and understand how you use this website. These cookies will be stored in your browser only with your consent. You also have the option to opt-out of these cookies. But opting out of some of these cookies may affect your browsing experience.
Necessary Always Enabled
Necessary cookies are absolutely essential for the website to function properly. This category only includes cookies that ensures basic functionalities and security features of the website. These cookies do not store any personal information.
Non-necessary
Any cookies that may not be particularly necessary for the website to function and is used specifically to collect user personal data via analytics, ads, other embedded contents are termed as non-necessary cookies. It is mandatory to procure user consent prior to running these cookies on your website.
SAVE & ACCEPT
Go to mobile version
%d bloggers like this: